VNS3:ms - When running multiple (more than a handful) virtual VNS3 Controllers it is recommended that VNS3:ms (management system is used). It makes managing virtual networks at scale much easier.

VNS3 Routing Agent - When running more than the simplest topologies, especially ones where different network paths (routes) may come and go, it is recommended that you use the VNS3 routing agent on each of the virtual hosts connecting to VNS3 as their network overlay controller. VNS3 overlay uses TLS tunneling technology, for which there is not a standard routing protocol. The VNS3 routing agent allows hosts on an overlay to receive dynamic route updates, eliminating a need for tunneling agent restarts.

Image Size and Architecture - VNS3 Controller Images are available as 64bit images to allow the greatest flexibility for your use-case. We recommend Controller instances be launched with at least 512MB of RAM. Smaller sizes are supported but the performance will depend on the use-case.

Clientpack Key Size - VNS3 Controllers currently generate 1024 bit keys for connecting the clients to the overlay network via the “clientpacks”. Smaller or larger encryption keys can be provided upon request (from 64 bit to 2048 bit). Future releases of VNS3 will provide the user control over key size and cipher during initialization and configuration.

Starting with VNS3 version 3.5, VNS3 provides the ability for users to import and launch Docker and/or LXC application containers inside VNS3 Controllers . This allows customization of the VNS3 NFV appliance and adds options for how an application can be deployed to the clouds.

In order to provide this functionality, the Docker system needs a subnet to run and communicate to/from the running application containers. Users can edit this subnet but the default is 198.51.100.0/28. If you plan on using the default make sure there is no network overlap with the environments you plan to connect using VNS3.

Before providing you with the image, Cohesive will need to know if your VNS3 Controllers will have a public Internet edge; regardless of whether directly of via NAT-ing and port/ protocol forwarding. If the VNS3 Controllers will be connectable via the Internet there is a slight, but significant distinction in their boot up sequence.

If your controllers will be wholly “on-prem” wrapping a local application and not providing public edge services you will need a different image. We call this the “running local private” configuration.

Many private virtual infrastructures do not have the dynamic association of static IP addresses (like Amazon does).

They also do not have a way to assign an IP address to a virtual adapter (vSphere for example).

As a result the Virtual Infrastructure edition ships with a VERY simple configuration script for setting the initial ETH0 address via the virtual infrastructure console.

Once you create a VNS3 instance, you then need to access it via the virtual infrastructure console.

From the console you log in as a simple user which is locked to a single script; the set-net.sh script.

It will prompt you to “Add” or “Create”. Use the create option and enter the address you will use to do initial administration of the instance via its Web UI or API via ETH0. Enter the address, CIDR, and gateway.

Then Add DNS entry - you can only add one DNS entry. If your controller will have a public edge, this DNS needs to be able to resolve public names.

DO NOT ATTEMPT TO SET ETH1 with this script. That is done via WEB UI/API. 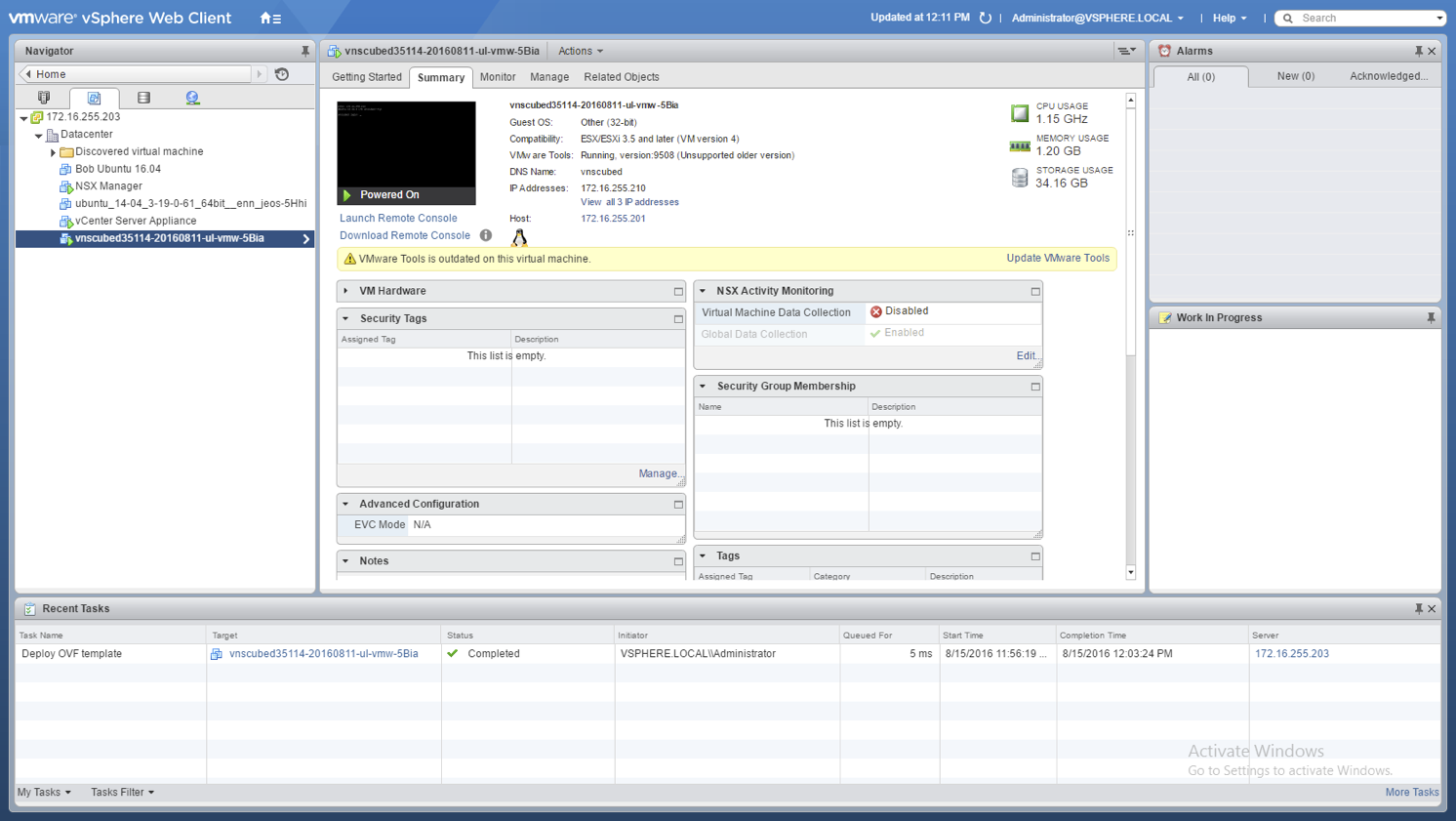 Login via console as “console-user”

Use the “C” option to enter static IP info

Use the “E” option to save static IP info

Use the “Ex” option to save the information. The network interface will be restarted with the network information provided. IGNORE the resolveconf warning message.

Use the IaaS firewall and/or hypervisor firewall utilities to ensure that access to those ports are set.

You should then be able to reach the Web UI for configuration via: https://vns3-eth-ip-address:8000